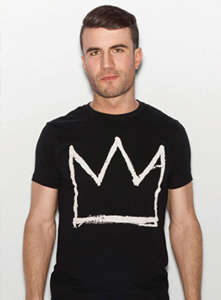 Sam Lowry Hunt (born December 8, 1984) is an American country singer-songwriter and former college football player. He is known for writing singles for Kenny Chesney, Keith Urban, and Billy Currington. In 2014, Hunt signed with MCA Nashville and released his debut album Montevallo, which includes the number 1 Country Airplay hit “Leave the Night On”.

Sam Hunt was born on December 8, 1984 in Cedartown, Georgia to Allen and Joan Hunt, an insurance agent and a teacher respectively. He studied at Cedartown High School where he played football. He was named 2002 Co-Offensive Player of the Year, was selected by the Georgia Sportswriters Association as a first-team All-State Class AAA all-purpose player, and was a Wendy’s High School Heisman nominee in 2002. After graduating high school at 18, he became interested in music and bought his first guitar to take to college.

At college, Hunt was a quarterback for two years at Middle Tennessee State University, and a further two years at University of Alabama at Birmingham where he majored in philosophy. He had limited action in six games with Middle Tennessee, and played in seven games during the 2006 season with UAB but missed a few due to injuries. After graduating from UAB in 2007, he was invited to training camp with the Kansas City Chiefs. However, his football career failed to take off, and he moved to Nashville to pursue a career in music in 2008.